Perhaps the best summary I’ve seen for “Key West (Philosopher Pirate)” is that it’s Dylan’s own “Somewhere Over the Rainbow.” That sums it up perfectly for me - when he sings about “Key West… the the enchanted land… the land of light,”  he’s not singing about the literal Key West, exactly, but a magical place where troubles melt like lemondrops, time works differently, you can be friends with memories that are traumatic anywhere else. A land that he heard of once in a pirate radio broadcast. My first thought on hearing it was of Ferlinghetti’s poem about finding the lost locality where he could catch a sunday subway for a “Far Rockaway of the Heart.”

The first night it was streaming, my friends and I tried to outdo each other describing what sort of song it was. Among my frist thoughts was the Papa John Phillips demo of “Kokomo” that Mike Love revised into the Beach Boys hit. One friend initially thought of Warren Zevon, then landed on Mark Knopfler. I agreed until I pictured Lana Del Rey singing it and couldn’t shake the image. Though I doubt highly that Dylan said, or probably thought, anything about Lana Del Rey during the recording, it’s the best comparison I’ve thought of. It’s like one of her more dream-like numbers, evoking a version of Americana unique to the singer.

I wouldn’t have imagined that a new Bob Dylan album would ever remind me of the latest Lana Del Rey album, but here we are. It’s been a big year for unexpected twists, I suppose. But Dylan’s latest record is a moody, atmospheric album, presenting a unique view of Americann full of pop cultural references that seem both timely and timeless. I’d describe Del Rey’s “Norman Fucking Rockwell” with exactly that same sentence. She presents her version of Americana just as Bob presents his; they aren’t exactly the same, and you have to factor in the debatable extent to which Lana Del Rey is a character Lizzie Grant plays, but still. I’ve made the comparison and I’m sticking to it.

Though most of the ways “Rough and Rowdy Ways” reminds me of “NFR” are vague and stylistic, one very specific shared trait between the two albums is a name-check of a Beach Boy other than Brian Wilson or Mike Love: in Dylan’s case there’s the Carl Wilson shout-out on “Murder Most Foul,” and in Del Rey’s a mention of Dennis Wilson on one of the album’s strongest tracks, “The Greatest’ (which, like Murder Most Foul, was written before the pandemic but seems even eerier and more timely here in the throes of it).

Her song opens with:

I miss Long Beach, and I miss you baby
I miss dancing with you the most of all.
I miss the bar where the Beach Boys would go
Dennis’s last stop before Kokomo

When the song came out, many of the Beach Boys heads (the real cool heads making real good bread?) objected that this young whippersnapper must not have known that Dennis had died well before “Kokomo” was recorded, but I’d say that A: anyone referring to Dennis by name can be assumed to have passed Beach Boys 101, and B: in this context, Kokomo is more of a reference to a place like Valhalla, not a reference to a song.  It’s a place somewhere over the rainbow.

Of course, maybe “Kokomo” always -was- the Beach Boys’ own “Over the Rainbow.”

Let’s pull up our over-analyzing pants. The bars are closed and there’s no baseball, after all, so we don’t have a lot of better things to do.

“Kokomo,” the Beach Boys song critics love to hate the most, began life as an early 80s demo by Papa John Phillips, a breezy easy listening tune about a tropical paradise where he used to go to get away from it all. The song wasn’t released at the time (you can find it streaming without any trouble now), but he sent the demo over to the Beach Boys. Mike love revised the lyrics, tweaked the melody, and completely rewrote the chorus.

“Wasn’t it good / the things we tasted / nothing we did was ever wasted / every moment lingering / like lovers fingers / across the strings of our lives / at least we gave it a try.”

Besides adding in the more radio-friendly “Aruba, Jamaica” chorus, Love’s revisions were mostly swapping out one line about an island paradise for a different line about an island paradise. Most crucially for my purposes here, though, he changed the tense of the song. Phillips’ demo is all in past tense, Love’s is in the future. He’s turned “where we used to go” to “where you want to go.”  His tropical island “off the Florida Keys,” as every radio DJ explained, was a fictional island. A fantasy. It was “off the Florida keys” in the lyrics but existed somewhere over the rainbow.

Perhaps I’m crediting Mike Love with too much mysticism and submeaning here, but, what the hell. He DID hang out with the Maharishi and wrote “All This is That.”  Maybe he imagine Kokomo as his valhalla.

Which brings us to “Key West (Philosopher Pirate),” which would geographically be right near Kokomo.  Here, in a tune just as breezy as a 60s rock star singing yacht rock in the 80s,  Dylan sings about Key West as the place to be if you’re looking for immortality, the very thing that legend says Ponce De Leon is looking for there. But, while the Beach Boys themselves just described Kokomo is a tropical paradise with cocktails and moonlit nights, Dylan presents “Key West” as a whole lot more. It’s his verison of a tropical paradise - a whole lot weirder than most peoples would probably be.

When I first heard the song, Dylan appeared in my mind as the sort of old man you meet in seafaring stories now and then: the kind who tell you about a magical land where time works differently, riches are there for the taking, and the all women are cute, available, and totally into you. THough he assures you it’s a real place (“Truman had his white house there!”) this place is not on a map, and if the sailors in the book go looking for the place, they’ll never find it, and they’ll doubt the old man was ever really there. Or maybe he wasn’t even real - he was the voice calling your name when you’re half asleep, the sweet sound that calls the young sailors to come find the Rainbow Connection.

There are some clues in the lyrics that this is, in fact, Dylan’s “Somewhere Over the Rainbow.” There are a few lines in the song to drive it home - a specific reference to “the land of oz” and vaguer lines like “fly my pretty” and “follow the road.” And, like a land that’s “over the rainwbow,” Key west is described as “on the horizon line,” a place that’ll get further away the closer you get to it.  You reach it by staying to the left and leaning to the right (put your hands on your hips and bend your knees in tight?)  Key West is a land that he heard of once in a lullaby that a pirate radio station was playing.

I remember moments like that; tuning the dial and finding some strange station that I can could never find again. I still don’t know what the hell station I’d found the first time I heard The Pogues.

The radio signal he got from Key West was no ordinary radio signal - it was broadcasting the death of President McKinley (an event that happened about twenty years before anyone was getting their news on wireless radio). And not just a news item about McKinley, but the actual sound of McKinley hollering and squalling, the sound of his doctor talking to him. THe radio picks up different things here, and all the women are beautiful. Everyone wears flowers in their hair. And rather than being traumatized by strange events of your past, you can still be friends with them, as in perhaps the most striking verse:

When I was 12 years old, they put me in a suit
forced me to marry a prostitute
she had gold fringes in her wedding dress
That’s my story, but not where it ends
She’s still cute, and we’re still friends
down on the bottom, down in Key West.

What would be traumatic in the real world becomes tolerable here. It’s where you can find the mind you’ve lost.

But you can follow the pirate radio signal as it gets clearer and clearer, and you won’t get to this version of Key West. It’s always on the horizon line.  Ponce De Leon didn’t really go looking for the Fountain of Youth in when he explored Florida and the Keys; it’s one of those historical myths. I bet he looked for it in THIS version of Key West.

Now stop me before I start connecting all the things Lana Del Rey says she'll "miss the most of all" to Dorothy and the Scarecrow.
on Tuesday, June 23, 2020

In Key West's opening words I hear the echo of White House Blues by Charlie Poole, which was on the Harry Smith Anthology:

Roosevelt in the White House, he's doing his best
McKinley in the graveyard, he's taking his rest
He's gone a long, long time

Also there's something in the rhythm and chord sequence of Key West that reminds me of Dylan's song Most of the Time. I can't shake it. On No Particular Place To Go, Chuck Berry parked his car "way out on the Kokomo". Where all longings are resolved? Though in that song Chuck didn't get no satisfaction.

Key West and Hemingway are linked. I've been wondering if there is any gesture to that connection in the song.

Terrific blog... This opened things up for me... It's a wonderful song. I love the idea of the last stop before the horizon line where the sounds of our culture come drifting in on a broken radio signal. 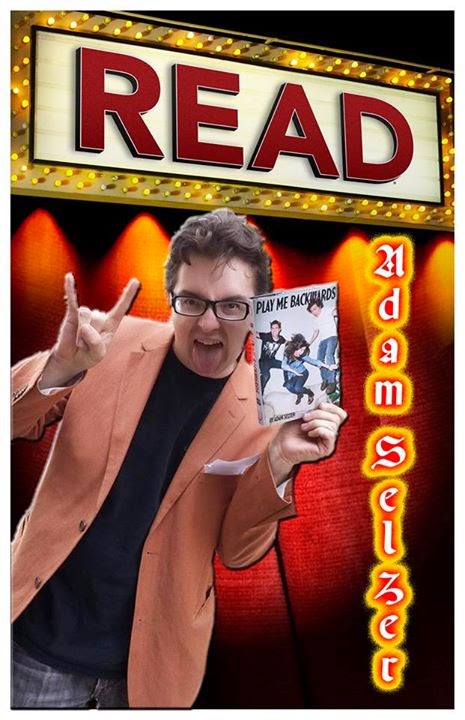